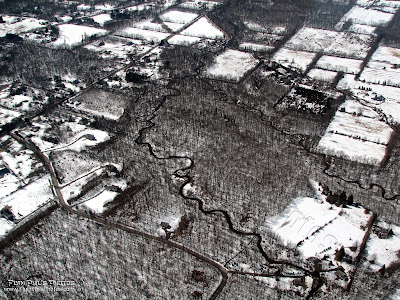 A golf course just west of Princeton airport that I have yet to identify...If you know the name, then by all means, please drop me a line: 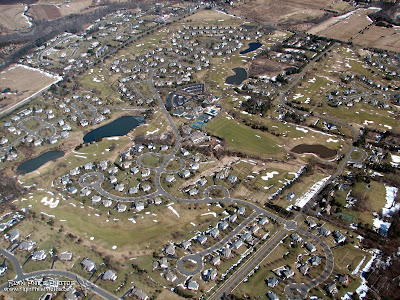 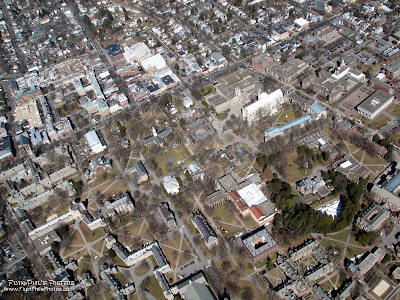 I believe this is a Paint Ball Course, located east of Six Flags Great Adventure on Route 537: 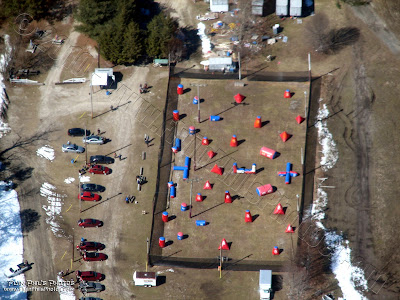 Six Flags Hurricane Harbor water park is getting a NEW attraction...Namely, a Tornado, and it's under construction as this picture shows: 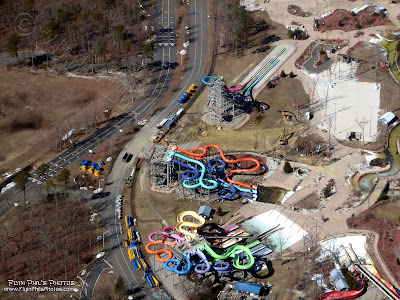 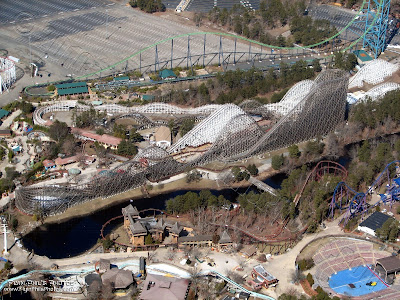 Just a field I found interesting looking, with all of the dark brown blobs scattered throughout; zooming in they were found to be small evergreen-type trees/shrubs: 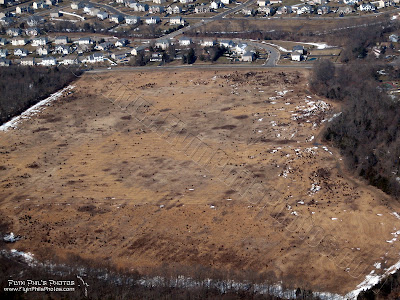 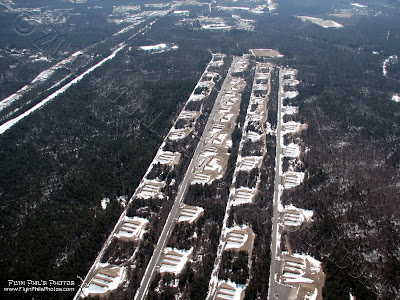 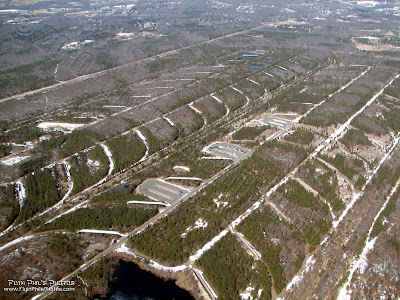 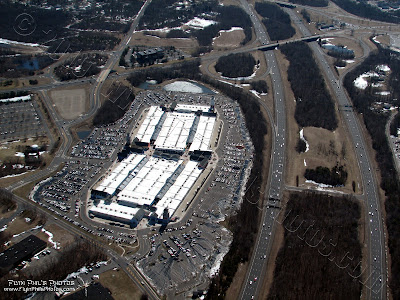 Captured an executive jet on final approach to Belmar/Allaire airport in Farmingdale: 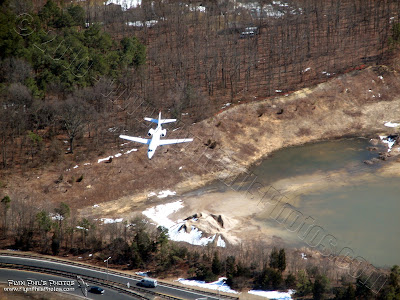 Now these are some CLOSE neighbors in Toms River, and ALL with access to the Barnegat Bay: 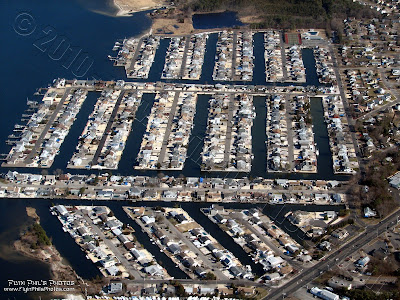 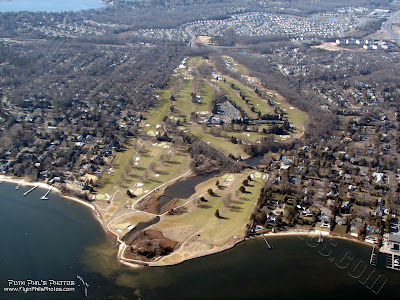 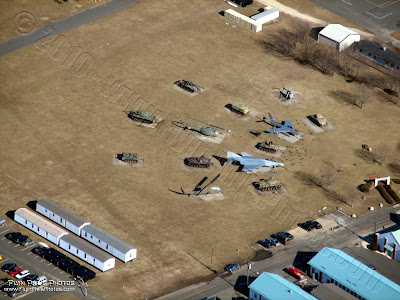 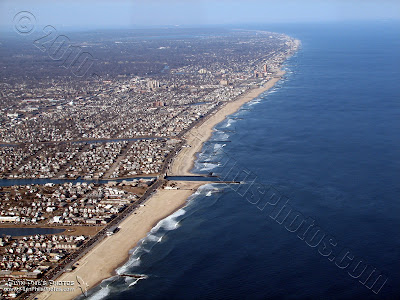 It was quite a site in the quaint shore town of Ocean Grove as a St. Patty's Day parade was taking place nearby and ALL streets were filled with parked cars: 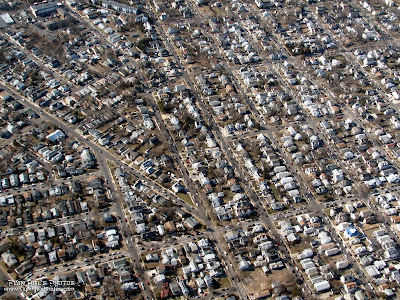 Again, looking south along Ocean Avenue in Ocean Grove at a packed street: 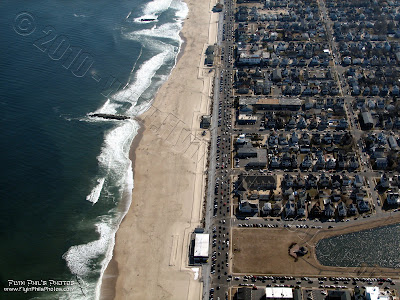 And here is Main Street with the parade taking place. If you look closely, you can see that most folks are of course wearing "GREEN": 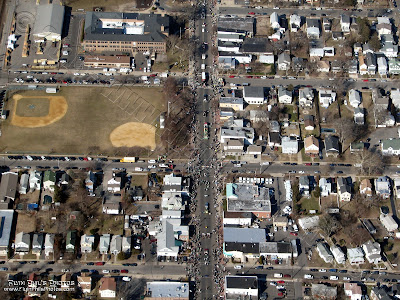 Another view of the mobbed Main Street with the parade taking place: 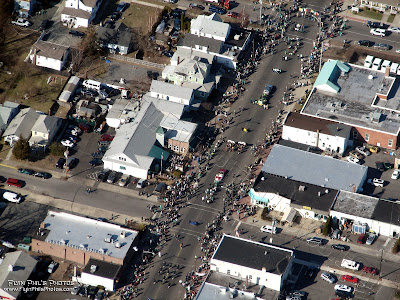 Nothing in particular, just a packed strip mall near New Brunswick off of Route 18 that I felt like photographing due to its perfectly triangular-shaped parking lot: 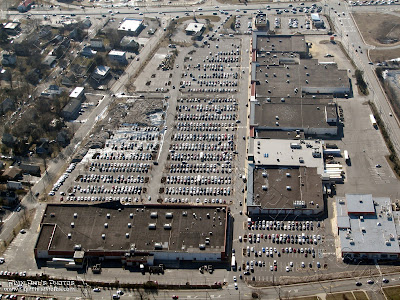 Hilton hotel and Business Center in New Brunswick, at the intersection of Route 18 and the New Jersey Turnpike: 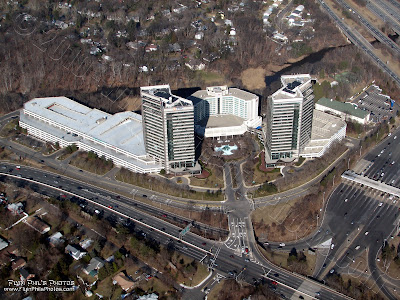 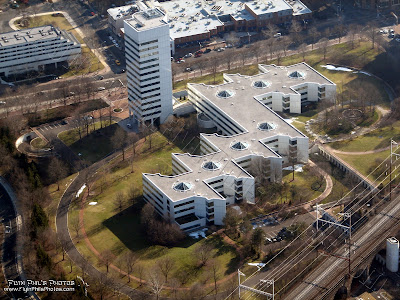 You can read what college this stadium belongs to in the photo, but I'll tell you anyway....It's Rutgers: 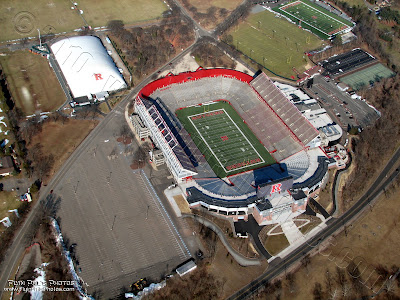 Neshanic Valley Golf Course in Neshanic Station....The enormity of this course just baffles me. No playing without a cart unless you are ready for the Olympics: 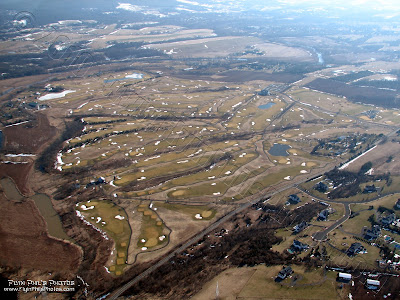 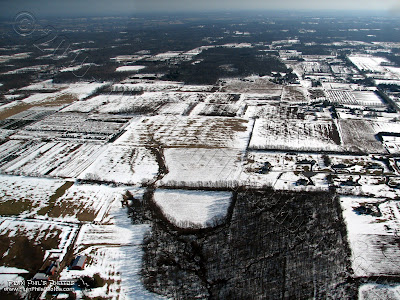 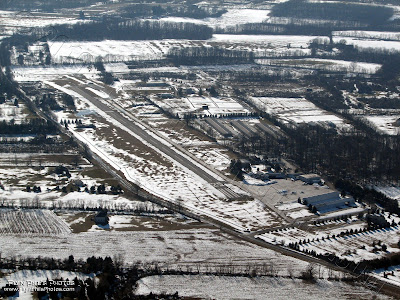 And finally, a neat look at Alexandria airport, also n northern Hunterdon County...I couldn't resist shooting these due to the complexity that the partial snow cover imposed: 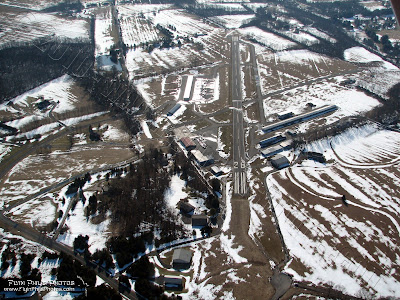 See You Soon
Posted by Flyin Phil at 7:35 PM